James Bond is all decked out for Skyfall poster.

The one-sheet, unveiled by Empire, has Daniel Craig donning a black tux and showing off what appears to be 007’s famed Walther PPK.

The film, set to be released Nov. 9, is Bond’s 23rd big-screen adventure. It features Daniel Craig’s blue-eyed MI6 agent going up against a blond Javier Bardem.

Little has been said of the plot of Skyfall, other than it involves Bond’s loyalty to M being tested “as her past comes back to haunt her.” MI6 is attacked and “007 must track down and destroy the threat, no matter how personal the cost,” according to Sony.

The flick is directed by Oscar-winner Sam Mendes, from a script by Neal Purvis, Robert Wade and John Logan.

In related news, it’s been confirmed via Total Film that ‘Rolling in the Deep’ crooner Adele will belt out the theme song to Skyfall. 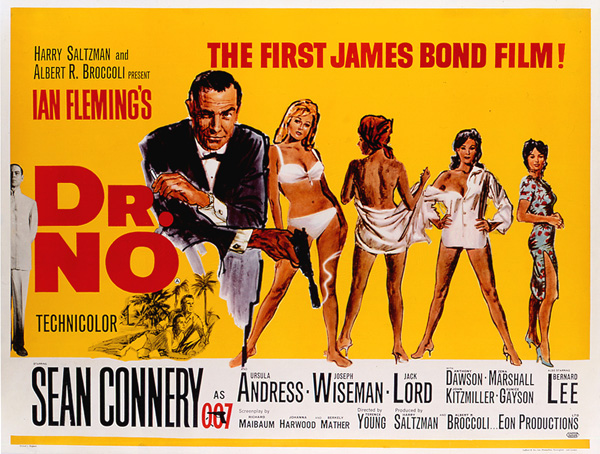 My Tweets
Scroll back to top